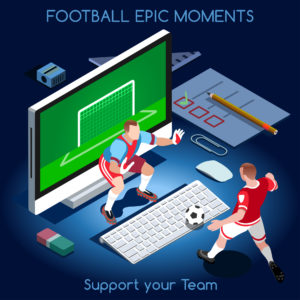 Once again, the World Cup tournament has shown us why football is considered the beautiful game. Here are a few things we have learnt along the way and some predictions for the semi-finals and finals.

As to population growth: we might expect that as populations grow there would be more good players but that is just one aspect of the influence of larger populations. Every country with a growing population has many young players pushing each other to excel. Growth contributes to greatness by making the definition of greatness more difficult to achieve.
The famous football countries can no longer assume that they will advance easily or at all.

It is never safe to make bold predictions in any sport. Football is the hardest sport to win and therefore the most confounding sport for the prognosticator.

So, here are a few predictions that we feel safe making.

Croatia will play a powerful game against England. They have fast skilled players who can give England’s defence problems. England will need to begin the game with speed of its own in order to not fall into the trap of waiting for an opportune moment. The Croatians could utterly dominate England if England decides to play for one big break.

England has not been seriously tested in its defence thus far. The goal that Columbia scored to tie the match was a kind of fluke even as it came on Columbia’s first corner kick. Croatia could force many such kicks and we have no idea how well England can stand up to such relentless pressure.

Belgium and France are two teams that play solid football but they lack the pizzazz of a Brazil or, now, of Croatia. Either of these Western European teams will appear to be the underdog if Croatia surpasses England.

We won’t venture a guess as to which teams will advance to the finals and which will ultimately prevail. If you are the sports betting sort, we advise you only to look at these last games with the most dispassionate eye rather than to allow sentiment to influence your betting decisions.