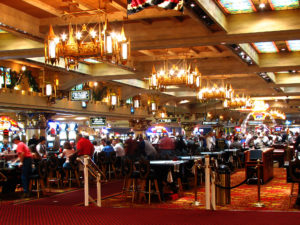 It’s always interesting to learn about the people who have hit it big and are known throughout the area. And in Australia, there are certainly many gamblers who are well known in the land-based casinos and whose names everyone knows. Finding out about these gamblers isn’t necessarily going to give you any ideas for gambling, but it will be entertaining and allows you to know about Australian gambling history and the people who have made it up. It’s fun to learn about them – and to see what is going on in Australia today.

Who Are the Gamblers?

So who are the best known gamblers? Here are a few of their stories to enjoy. Kerry Packer is one of them and he started out gambling after he inherited money from his family. Believe it or not, Packer’s father left $100 million to him when he died.Things didn’t go well for him in the beginning, and he managed to lose $28 million in the 1990s! But don’t worry about him too much, since he made $33 million in table games and slot games another time in one week at the MGM Grand Casino. When he died in 2005, he was worth $6.5billion and his son, James Packer, is still a casino owner and one of the richest ones in the world.

And then there were horses

Now, Zeljko Ranogajec loves horses and many think that he is the biggest racing gambler ever. His betting is supposed to bring in about $1 billion a year. He was from Croatia and immigrated to Australia with his family. During college, he could be found doing card counting in blackjack and he eventually left school to focus on his gambling. He’s actually been banned by many of the big casinos in Australia because he’s known to start with very little money and to walk away with a huge amount. He’s even been banned from casinos in the United States after he moved there! He was inducted into the Blackjack Hall of Fame in the year 2011.

Lloyd Williams is a big time horse racer and it’s worth taking a look at his bio and knowing more about him. He was connected to Kerry Packer and to many of the same casino locations and he has also been very big in horse racing in Australia. As of 2012, he was estimated to be worth $670 million according to Forbes Asia. Another gambling legend is Archie Karas. He is a Greek-American and has won and lost his fortune a number of times over. Between 1992 and 1995 he had a winning streak that really brought him to fame. He turned $50 into more than $40 million, if you can believe it. With this winning streak, he is thought to have the longest and largest winning streak that has ever been documented. Of course, you win some and you lose some, and he managed to lose that fortune soon after in 1995. He actually lives in Las Vegas today and his story is definitely one that is worth reading. Most people wouldn’t be able to stomach winning, and then losing, the way that he has, but that is definitely part of the game and part of what makes someone like him able to win so much.

These are a few of the examples of big gamblers in Australia who have really made a name for themselves. It’s entertaining to read about all of them, but it’s also an interesting psychological study to think about what it takes to be wiling to gamble it all. What does it take to put your fortune on the table and to know that you might win or lose all of it? You certainly have to have a certain type of personality to be willing to take these risks!